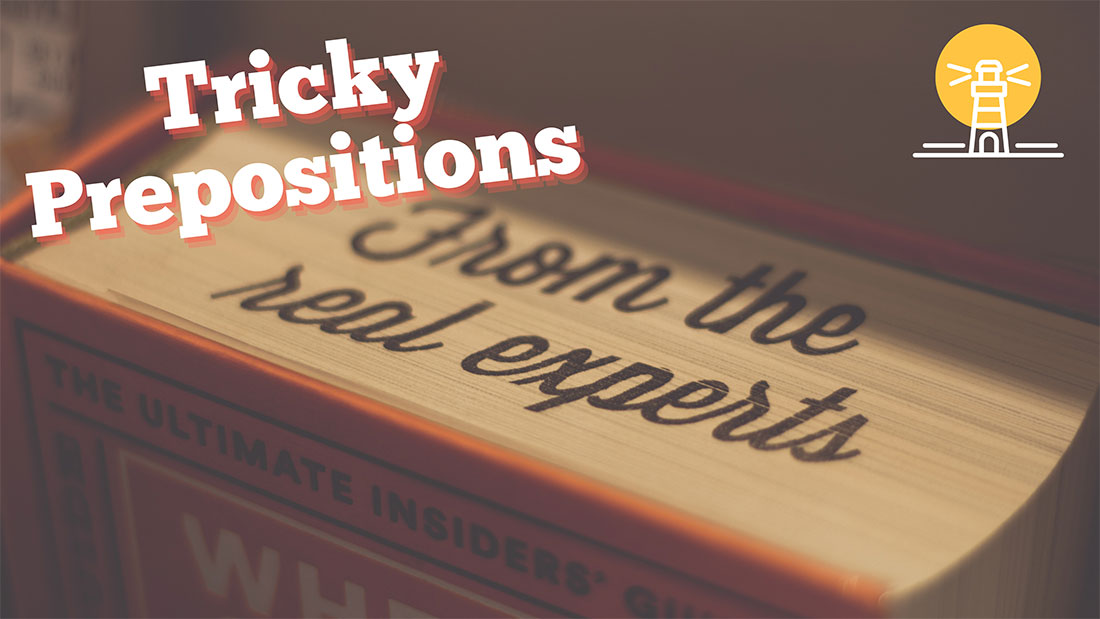 into – when something is moving toward the inside of something bigger

“Despite the danger, he ran into the burning building because he knew his friend was inside.”

“He went in to buy a coke real quick.”

Heard of – heard about

“I’ve heard of that comedy show before.”

“I heard about that comedy show last week. Dave told me it’s his new favorite show because…”

Ask for – to request an object/noun

“My son asked for a bike for his birthday.”

Ask to – to request an action/verb

“My son asked to go to Burger King for dinner.”

Among – use with more than 2 nouns

“His face is hidden among the many faces in the picture.”

Between – use with only 2 nouns

“He is standing between Paul and Mary in the picture.”

Think of – Think about

This may be the trickiest one of all, because sometimes you can use either one. Other times however, only one is the correct choice.

“Finding that necklace made me think of you. It looks exactly like your old one.”

“Finding that necklace made me think about you. I miss having you around.”

Here’s the biggest difference though:

think about – hints about thinking for a period of time

think of – does not imply thinking for a period of time

Let’s think about those options (for a while) before we decide. (it hints about a period of time)

Let’s think of another option. (It could take some time or not, but the focus is on the new idea, not the time involved in thinking.)

Which brings us to another helpful tip:

When using “Think of” we’re often focused on inventions/new ideas or a specific choice, not on thinking for a period of time.

I want you to think of a solution for that problem. (invention/new idea)

Think of a number between 1 and 100. (specific choice, they want you to think quickly and pick a number, not think for a period of time)

Can you think of other silly examples of when using prepositions incorrectly changes the meaning? (like putting a cake on the oven instead of in) Post one in the comments below.

Then, see if you can fill in the blank correctly below for these sentences: