Atatürk From an American’s Perspective 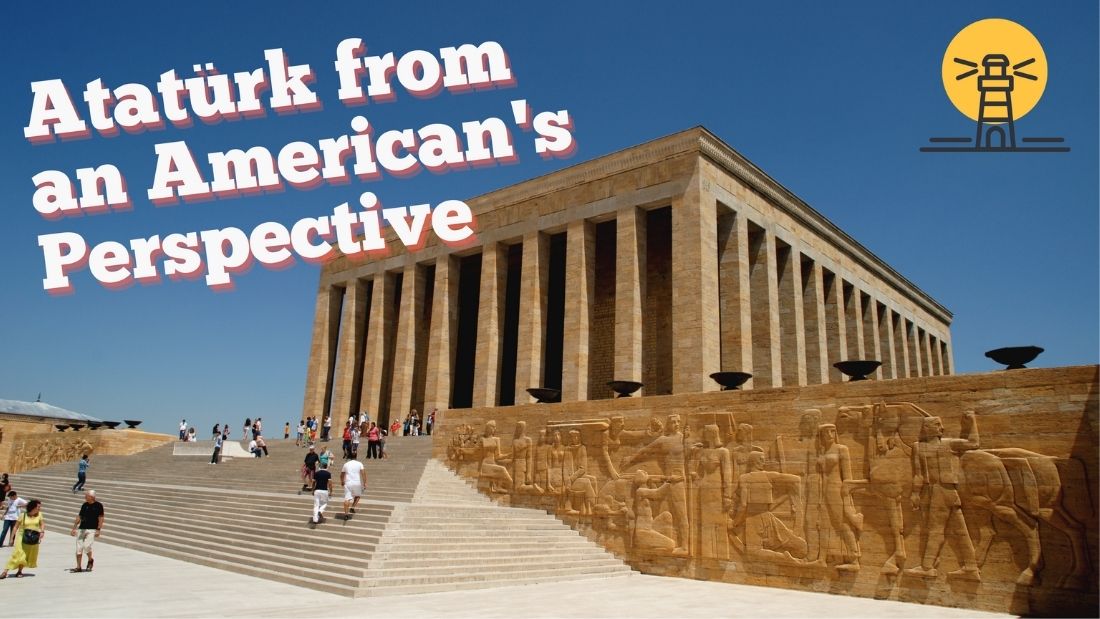 Atatürk From an American’s Perspective

Growing up in America, I had never heard of Atatürk. I took a class in college about the Ottoman Empire, so I must have heard of him somewhere, but I honestly have no memory of him. I remember seeing portraits in every business when we first visited Turkey in 2015, and I was determined to learn more.

In America, we really don’t have a single figure like him. We have George Washington, Thomas Jefferson, Benjamin Franklin, and others; while their accomplishments are amazing, they just don’t compare to what Atatürk did for Turkey.

The 20th Century is remembered for two of history’s great diplomats – Franklin Roosevelt and Winston Churchill. I have read that Mustafa Kemal deserves to be mentioned in the same breath, and I agree. When you look at the events of the Middle East and the fall of the Ottoman Empire at the close of World War I, it really seems impossible that one could rise up and led his people into independence when the lands around them were being split up by European powers. It is fitting that the name of Atatürk, the Father of the Turks, was bestowed upon him

Different people find different events or qualities of Mustafa Kemal’s life remarkable. For me personally, more than the heroic rides, the brilliant strategic maneuvering, and the impossible victories, it’s his servant leadership that has impacted me the most. For him, no job was too small, no place too insignificant, no person too poor or uneducated. Every person, every impossible dream, every unnoticed task had great value. So as we join you in celebrating Turkey today and honoring the life of Mustafa Kemal Atatürk, let’s also seek to follow his example and live lives that, regardless of our title or position, seek to understand, celebrate, and empower others – whether in our businesses, in our families, or in our areas of influence. In America we say “imitation is the sincerest form of flattery.” I’m certain that there is no better way to honor this nation and this man than to seek to lead in the same way.

What are some ways that you seek to model your life after Atatürk? Tell us in the comments below.

College: In America, when we talk about our time at university in general terms, we usually use the word college instead of university. We really never use it to refer to our time before university.

In the same breath: If you talk about two people or things in the same breath, you mention them together because they are similar; in this case we are saying that Churchill, Roosevelt, and Atatürk are equally significant.

Servant leadership: a leadership philosophy built on the belief that leaders should serve the people they lead rather than seek to control them.

“Imitation is the Sincerest Form of flattery”: if one imitates something another person does, it means one admires that person and wants to be like him or her.