How to Use Direct Objects 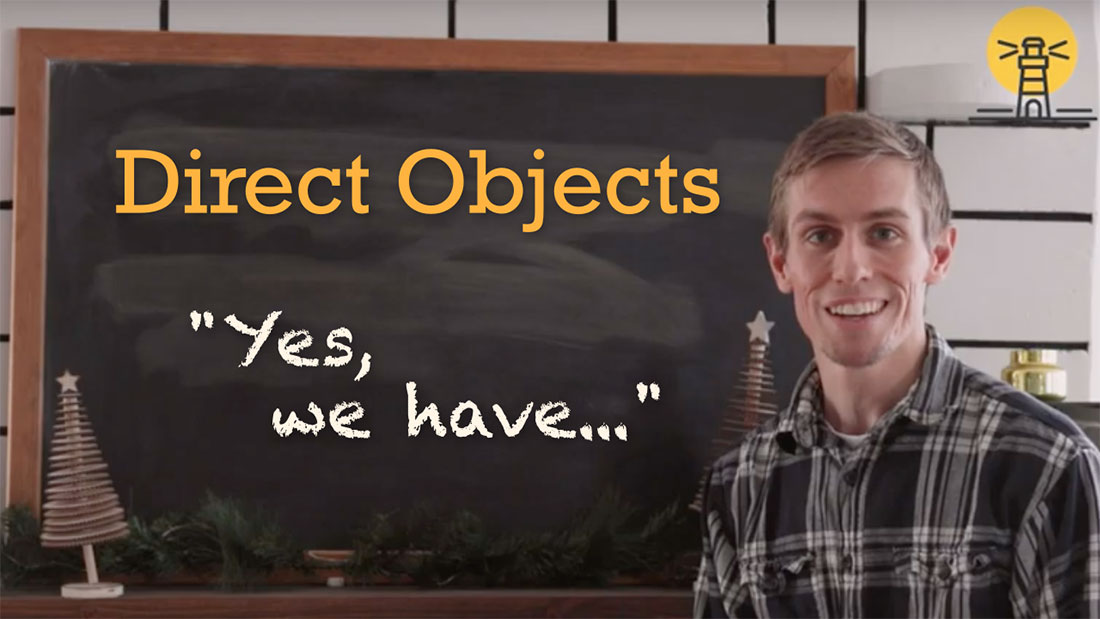 How to Use Direct Objects

When talking with Turkish people, a very common mistake…

“I will read” when someone asks them to read a document or message. Or maybe they say “yes we have” if they are working at a store and someone asks if the store has a specific item.

In Turkish it’s common to leave off the direct object. Instead of sayıng “Onu okuacağım.” Turkish people often just say okuacağım, which is okay in Turkish, but not when translated directly to English.

In English the direct object is needed to make the sentence complete.

If you say, “I will read.” The person you’re talking to will be left asking the question “What will you read?” Even if the context or the situation seems to make it clear what you will read, we still use an indirect object. We just usually use the pronoun form since both people know what the object is already.

For example, your boss at work might ask, “Will you read the email I sent a couple minutes ago before you leave today?” A good English response would be “Sure (or yes) I will read it.” It would be unnecessary to say, “Yes, I will read the email.” So we shorten the object by just using the pronoun “it” since both people know that “it” refers to the email.

Another very common example of this problem with direct objects is with the verb “has/have.”

Using has/have often comes up when you’re asking an employee if the store you’re in has a certain item or if the restaurant has a certain type of food or drink. “Do you have any brown sugar?” The Turkish employee sometimes responds with the direct translation of “Evet, var.” or “Yes we have.” Which is the correct Turkish response, but does not include the direct object needed in English. “Yes, we have it/them.”

One reason for this difference in language with this verb comes from the function of the verb “var” in Turkish. In Turkish, “var” can refer to either the presence of something or the possession of it. In English we think less about presence and more about possession. The verb “has/have” carries only the meaning of possession with it, not presence. Therefore we need to use the direct object with it.

You want to try to sound as much like the speaker as possible!

1st Scenario: In the Office

Shadowing exercise script:
Hey John, will you bring me the stack of papers from the printer when you have a second?
Of course, I’ll get them now.
Perfect. Thanks for bringing those. Did you see the email from the corporate office this morning?
Yes, I read it. Why?
Well, they’re asking everyone to bring their old company phones in next week. Do you still have yours?
Yes, I’ve got it still.
Good. Do you think you could take mine for me when you take yours over there?
Sure, I can take it for you. Where is it?
It’s in the top draw of my filing cabinet behind you there. Can you grab it out of there?
Let me see. (looking) Yes, I found it.
Great. Thanks for doing that for me.

2nd scenario: In the Restaurant

Do you have any questions about the menu?

Yes, I’ve got several for you actually. Do you have any French fries on the menu?

Yes, we have them. All of our menu items come with them actually.

Perfect. And your chicken sandwich… does it have pickles?

Yes, it has them.

Oh ok. Let me see. How about the burger? Does it have pickles?

Yes, the burger also has them unfortunately.

Hmmmm. Do any of your sandwiches not have pickles?

Well, actually you can order any sandwich without them.