Articles: A, An, The 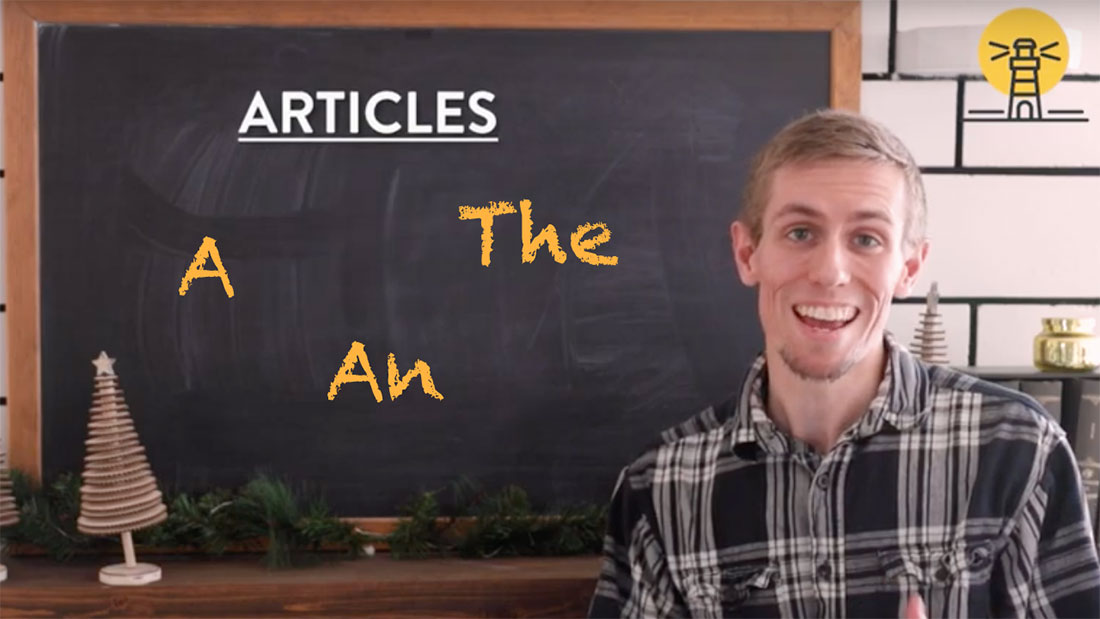 Articles: A, An, The

Articles are used with nouns. Generally we use articles before the subject or object of a sentence.

“Boy played in the park.”

The problem is that the noun ‘boy’ (the subject) needs an article. We could say, for example, ‘The boy’, ‘A boy’ or ‘My neighbour’s boy’. Generally, the articles a and the are used with nouns.

This chart summarizes the use of articles:

When to use The

1) Use the before singular and plural nouns when the noun is specific.

“The teacher I spoke to at the school was very friendly.” – Here we are talking about one specific teacher (the one I spoke to).

2) Use the when there is only one of something.

Examples include the sun, the moon, the earth / the library, the bank, the laundromat (in a town) / the door, the whiteboard, the teacher’s desk (in your classroom).

3) Use the when it’s the second mention of the noun. Because it has been introduced, we know which one the speaker is talking about (even though we still can’t see it).

For example: I watched a TV show last night. The show was so boring that I turned it off.

4)  Use the when the noun has an adjective clause or phrase that modifies it. The extra information that describes the noun makes it clear which noun we’re referring to.

For example: The dog that followed me home today was really friendly.

When to use A/An

When we are referring to any indefinite noun we use a/an. It is not important which one we are talking about.

“I want to buy a new car.” – There are many types of cars. That’s why it’s a car. I don’t have a specific car in mind. I can’t see it, and you can’t see it. We don’t know which car I’m talking about. It could be any car.

Compare this sentence with:

Note: Words that begin with a “u” or “h” take an if the noun begins with a vowel sound (e.g., an umbrella, an heir)

Words the begin with “u” or “h” take a if the noun begins with a consonant sound (e.g., a university, a hotel).

When NOT to use articles

A and the are not used with…

“Boys like soccer.” – We are talking to boys in general (all boys).

“The Boys in my class like soccer.” – We are talking about specific boys (the ones in my school).

Don’t use articles with certain proper nouns i.e. the names of people or places.